“The test of one’s decency is how much of a fight one can put up after one has stopped caring.” – Willa Cather

Last weekend I celebrated my 24th birthday. It was a milestone of personal significance, because a few years ago I did not think I would realistically live to reach this age- so bent was I on finding some way to end the torment of living. My old tear-soaked diary pages reveal drawings of demons climbing out of my mouth, grinning malevolently with piercing shard-like teeth and cruel eyes. I remember the many hours spent wailing to my parents that my soul had died and that I was a piece of decay. Life was not something to celebrate; instead, I would reel with despondency and dread at the mere awareness of my existence. I was on the brink of giving up. The last thing I felt was resilient.

In fact, the most potent example of how close I was to crossing that knife edge is that I even wrote a will, which I recently discovered when sorting through files on my laptop. Reading through it brought back nightmare visions of how I used to see the world. It was hard to read the personal goodbyes I had written to family members. It was hard to imagine the mental suffering I was going through at that time. It was hardest of all to such re-experience such a poignant reminder of the misery and wretchedness that I felt defined me and that I also believed, in the end, would destroy me.

Now however, I can finally anticipate the prospect of a brighter future. My life has changed immeasurably. I did not let it slip away. How is this possible, I wonder? When did the tides begin to change? What, exactly, did I do right?

Well let me tell you. After contemplating the many long avenues that led to my recovery from extreme depression, I realised that the quality which has had the most powerful and transformative effect on my life is in fact resilience. For it was a quiet, unspoken, yet resolute resilience that held me back when every other possible mental force was driving me towards self-destruction. My mind has taken me to the darkest places, but it also helped me as I journeyed (albeit a lot of the time hopelessly) through all the misery and pain. Resilience, you see, goes hand in hand with suffering.

To be resilient you don’t necessarily need the belief that things will get better- rather, I would say it is an irrepressible urge not to give up. Somehow I managed to endure. This meant persevering even though the pain told me I should to put an end to my suffering, because defeat was not an option. I know that even in depression’s vortex of overwhelming hopelessness, somewhere hidden but safe within me, was a deep-rooted grain of courage and resolve to see things through. At the time I would not have been able to acknowledge this, but I nevertheless held an indomitable determination not to be vanquished. I tried my best to give up, but I every time I failed. And thank goodness.

It is a truth not universally acknowledged that everything is in our minds. When we suffer physically or mentally, especially to extremes (whether it be shame, guilt, depression, anxiety, rejection, despondency or hatred) our minds wish to diminish our discomfort and distress. It is therefore not surprising that our first reaction often is to yield or flee from these feelings. However, there can sometimes be immense value to be gained from enduring hardship.

For instance I have learnt how to use mental self-discipline to my advantage, in order to strengthen my resolve to march ever onwards- doggedly, resolutely, and often in blind faith. Life must continue. It is therefore up to us to set the pace. This is why I continue to climb life’s perilous peaks when all I really want to do is fall down and give up. Mental limits are what we set ourselves. Resilience is what will see us through them. Our capabilities result from the strength of our determination and will to persevere through difficulty, even if at times we may stall. For if nothing else, we must go on.

Resilience is to some extent innate and linked with our survival, but it can also be taught. If we only relied on our natural reserves we might run out too quickly. If you are physically strong and healthy, theoretically you would be much more likely to survive a serious illness than someone with poor physical strength, as their resources would be depleted much quicker. It is therefore just as important to focus on building up our mental reserves, like you would practice using and strengthening a muscle. Each day I practice resilience through routines and self-discipline. If you have read my post on cold showers you may already have an idea of how I incorporate mental challenge and stimulation into my lifestyle. I turn the cold tap on even when I am already cold and every part of me does not want to. This self-practice reminds me I am capable of more than my mind tells me.

It is also why exercise is so crucial for my personal psychological health and recovery, as well as for many others. When I am running or cycling, each time I get to the point where I think I cannot possibly go on any further, I do. I push myself to carry on- and then some more. In other words, I make myself endure. The harder I push myself, the stronger my body becomes. And the same principle applies to my mind. This means that when I am faced with other more ordinary everyday set-backs, I have developed enough cognitive strength and reserve to help me persevere and get through them.

Not everything about resilience is about merely coping and surviving though, because one of the best things about resilience is that it rewards you in unexpected ways. No ounce of pain ever goes to waste: for example, physical strain and effort increases my body’s capacity for higher performance. I can now go on runs and bike rides that once would have been off-limits because of their difficulty. These pay-offs are hugely enriching; they are the highs to the lows. Resilience has enabled me to experience more of life.

Similarly, when you suffer mental pain or displeasure you simultaneously expand your mind’s capacity to experience feelings on the opposite end of the spectrum. The deathly depths of human suffering are surprisingly fertile ground from which can blossom awe-inspiring joy, triumph and jubilation. I’m sure you have heard stories of how people have turned their greatest weaknesses into their source of power. As a result of battling through many years worth of terror, despair, and loneliness I have also found gratitude, solace, and- occasionally- bewildering happiness.

My message to you is thus: when you don’t know where to go or think the pain is too much, if you simply endure, eventually you will find a way forward. Resilience is courage. Courage is value. Value brings fulfilment. After all the psychological torment I’ve suffered, if nothing else I have learnt one beautiful yet paradoxical thing: what can be life destroying, can in fact turn out to be life-confirming. 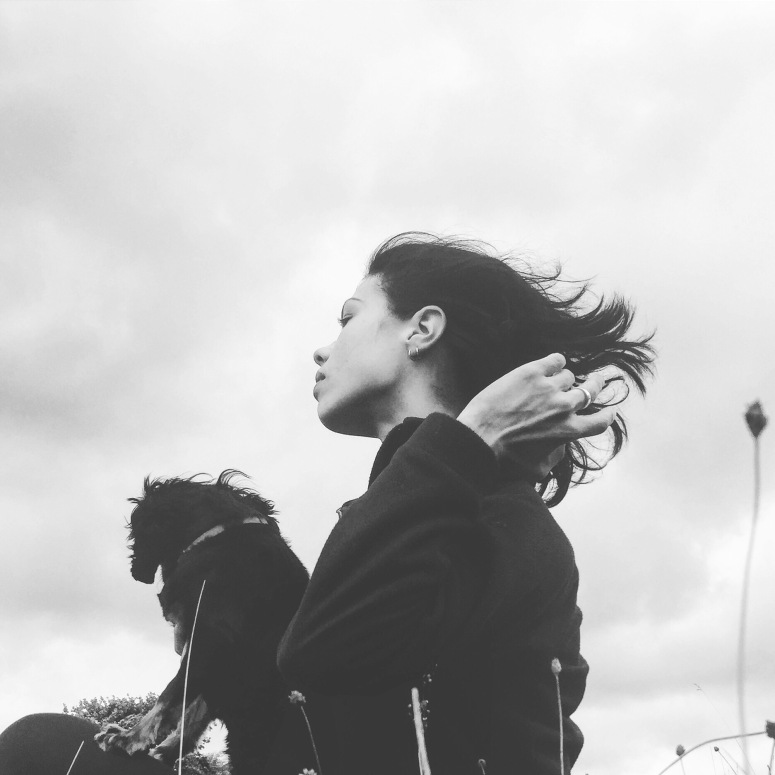 “To those human beings who are of any concern to me I wish suffering, desolation, sickness, ill-treatment, indignities — I wish that they should not remain unfamiliar with profound self-contempt, the torture of self-mistrust, the wretchedness of the vanquished: I have no pity for them, because I wish them the only thing that can prove today whether one is worth anything or not — that one endures.” – Nietzsche

I am a 26 year old mental health and creative writer, using my personal experience of living with complex mental health issues to investigate and explore our psychological inner worlds. The human mind is the most powerful creative force there is and our lives are a process of constant discovery, growth and evolution. With insight and awareness, I believe every individual can uncover the magic in their unique combination of experiences, stories, skills and ideas to fulfil their potential and create a life that is meaningful to them. My aim is to provide support, hope and inspiration to others, so that we may all live as fully, progressively and purposefully as possible- and together create a better future.